We’re huge fans of the V&A here at the House of So Cosy. We visited not long ago to enjoy Tim Walker: Wonderful Things, an exhibition that celebrated all things art, artefact, and fashion.

When we heard about their latest exhibition, Kimono: Kyoto to Catwalk, we had to head there again. We were utterly inspired by all we saw at the exhibition – after all you never know where you can find inspiration! We liked it so much, we just had to share it with you right here… 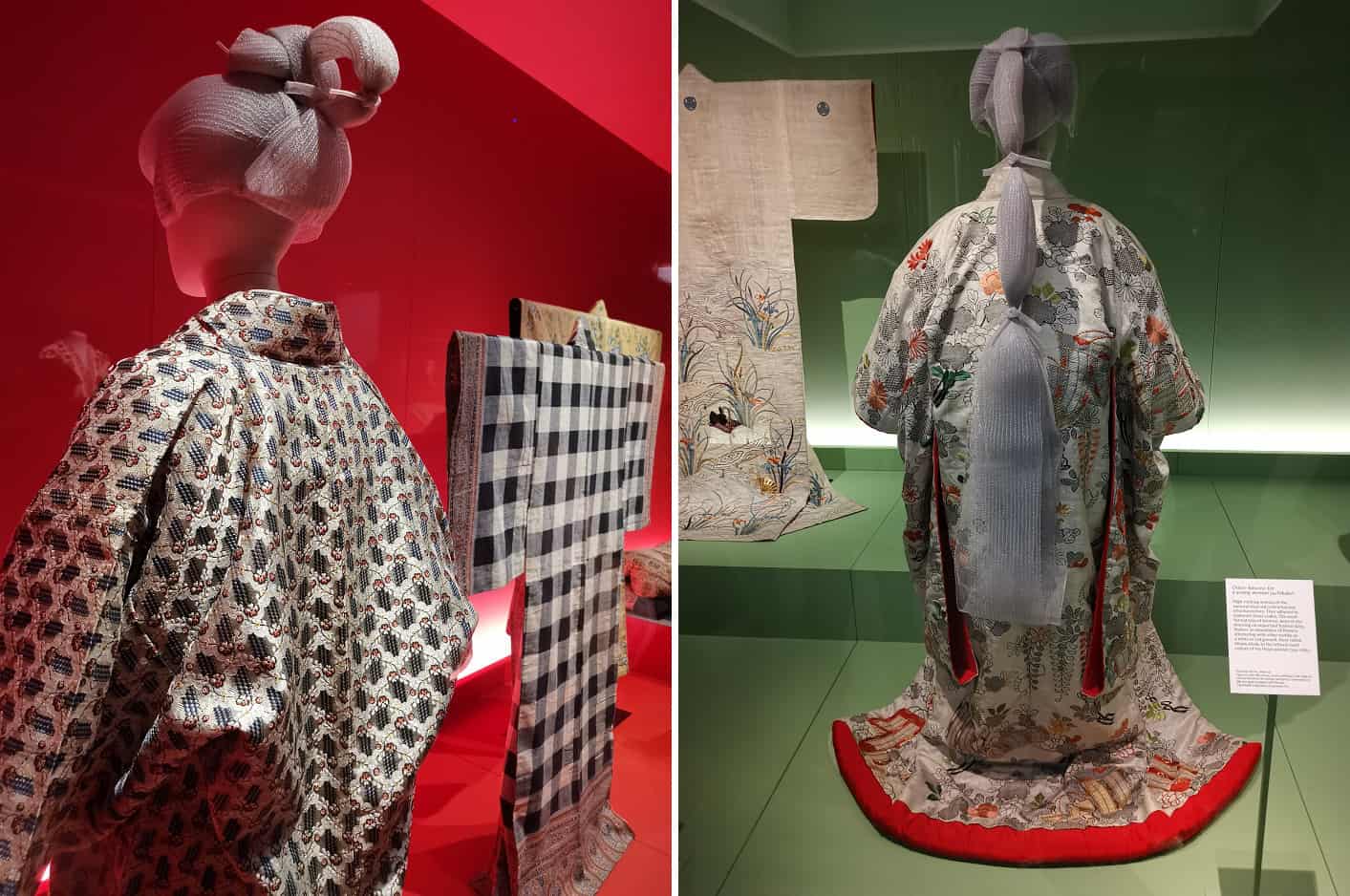 A colourful history of the kimono

The kimono has been an iconic fashion style for as long as we can remember. The word kimono literally translates as “thing to wear”, and has been a poignant part of the Japanese identity.

You may, therefore, be surprised by the fact that the kimono that we’re familiar with today was created in the late 19th century as a cultural identifier.

Clothing similar to the kimono, however, has been worn for centuries in Japan, with the Japanese Heian Period starting in 794 responsible for the invention of the kimono-style garment.

After this era, from 1185 onwards, wearing a kimono-style garment was a part of the vast majority of Japanese natives’ everyday wardrobes. It wasn’t until the 17th century where these traditional garments became the works of art they are known as today as Culture Trip explains:

“The art of kimono-making grew into a specialized craft during the Edo Period (1603-1868). Some kimonos were works of art and could cost more than a family home. People would keep their kimono and pass them down to the family.”

These ancestors of the modern-day kimono were intricate and individual. Handcrafted designs reflected the personalities, interests, and passions of their wearers. Emblems used to decorate kimonos had great significance with even the widely used cherry blossom design having a hidden meaning. 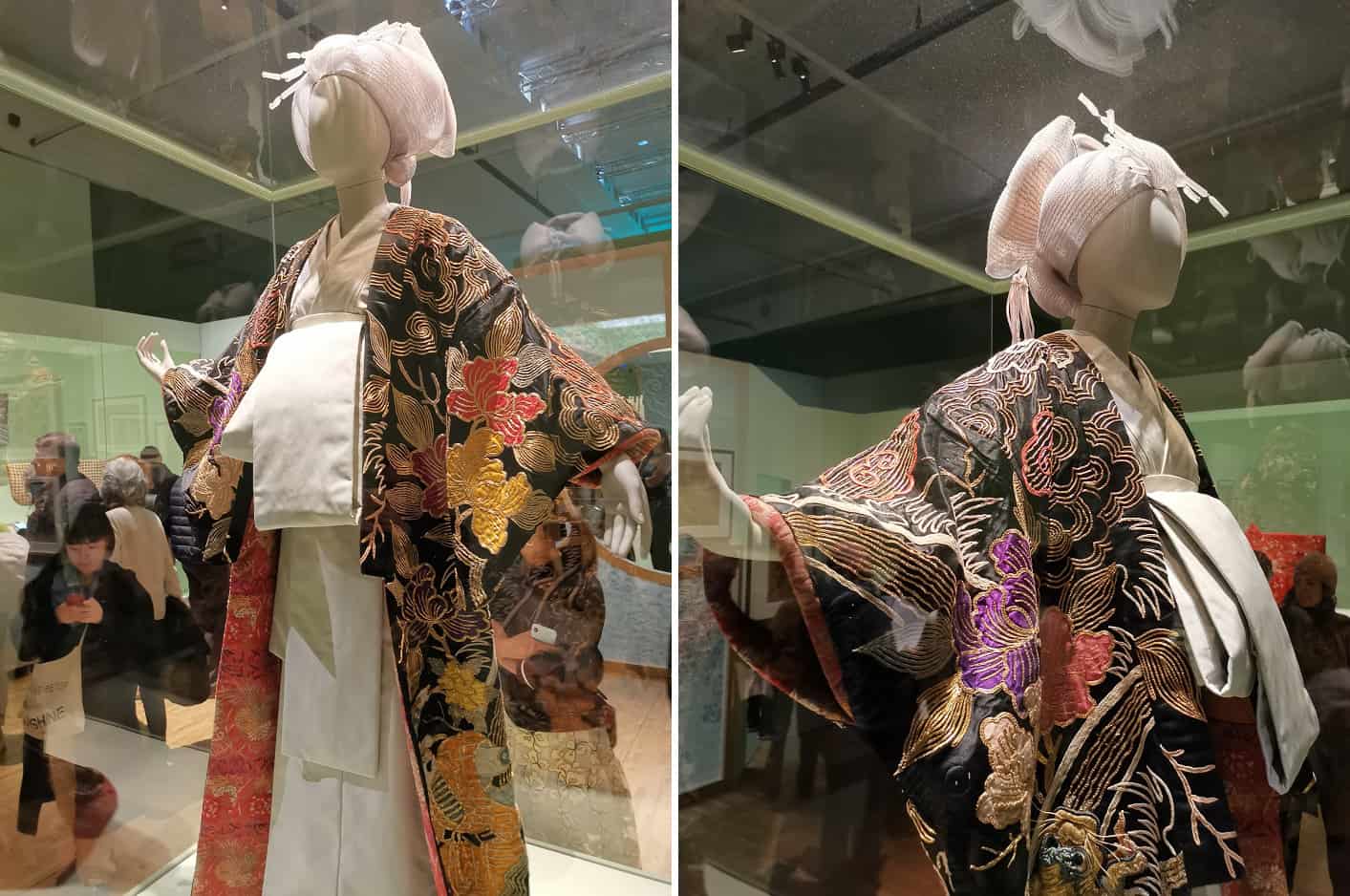 An insight into an icon

The V&A’s Kimono: Kyoto to Catwalk exhibition looks at the entire history of the kimono, not just the modern-day designs that became popular in the 19th century.

You can see examples of the garment from the 1660s to the present day, as well as look at different representations from Japan and the rest of the world. The result is a feast of colour, texture and design.

Kimono: Kyoto to Catwalk is the first major kimono exhibition to come to the UK, and hopefully won’t be the last. It looks at the story and art behind the garment to provide a forensic history of this powerful Japanese symbol.

During the exhibition, you’ll get to see designs from a legion of international designers, such as John Galliano and Rei Kawakubo, not to mention the legendary Jedi ensemble worn by Obi-Wan Kenobi in Star Wars.

The contrast between the endangered and traditional Japanese art of kimono making and the garment’s use on the international scene is particularly interesting.

Moreover, you’ll also learn more about the complex process used to make these masterpieces as well as unfold centuries of imagination and culture. 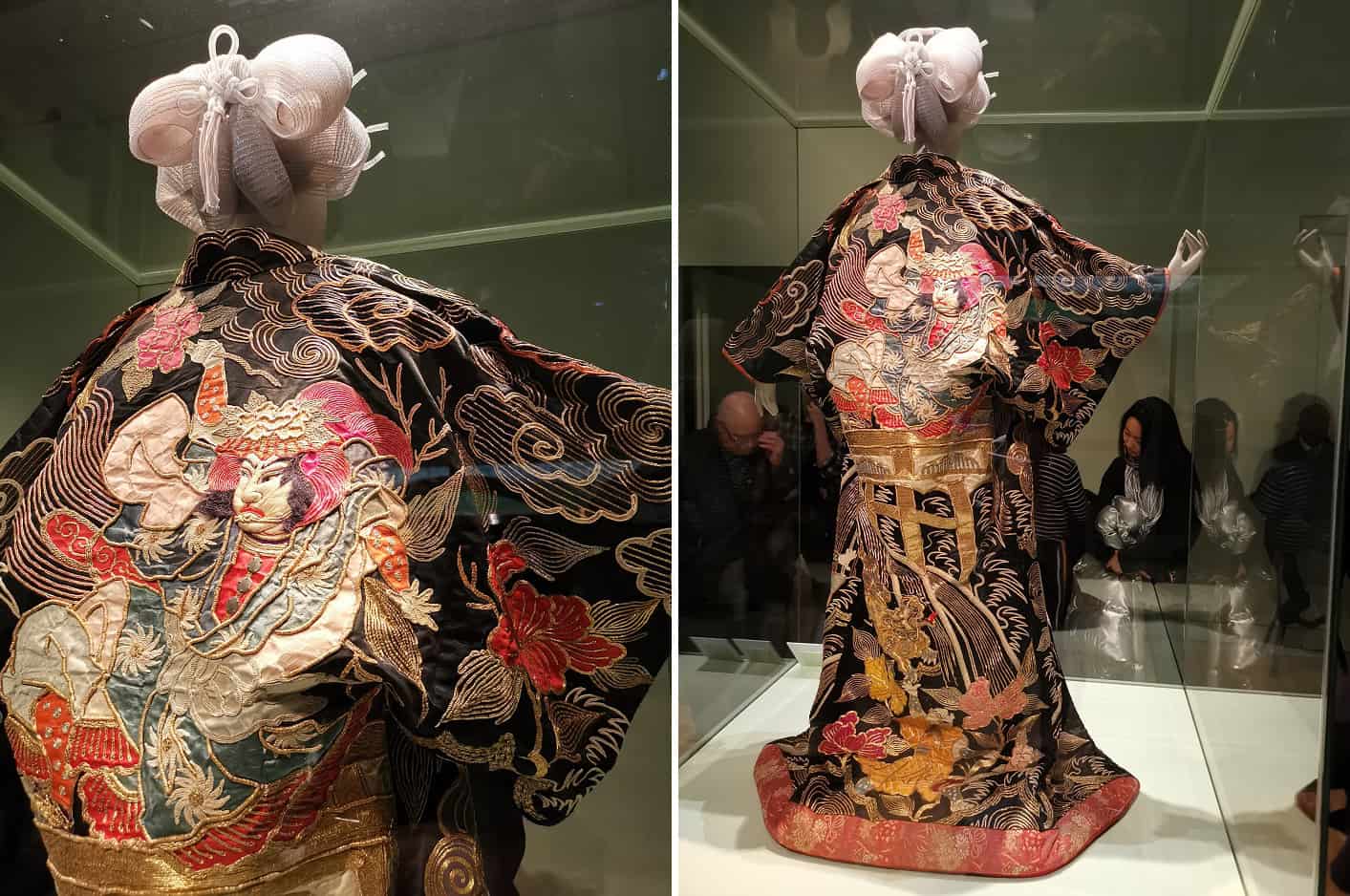 See it for yourself